Taking a stroll in the Oltrarno quarter, one of the coolest areas in Florence!
Tours of Tuscany: from Florence to the Chianti, Siena and San Gimignano!
Winter in Florence: the best offers! 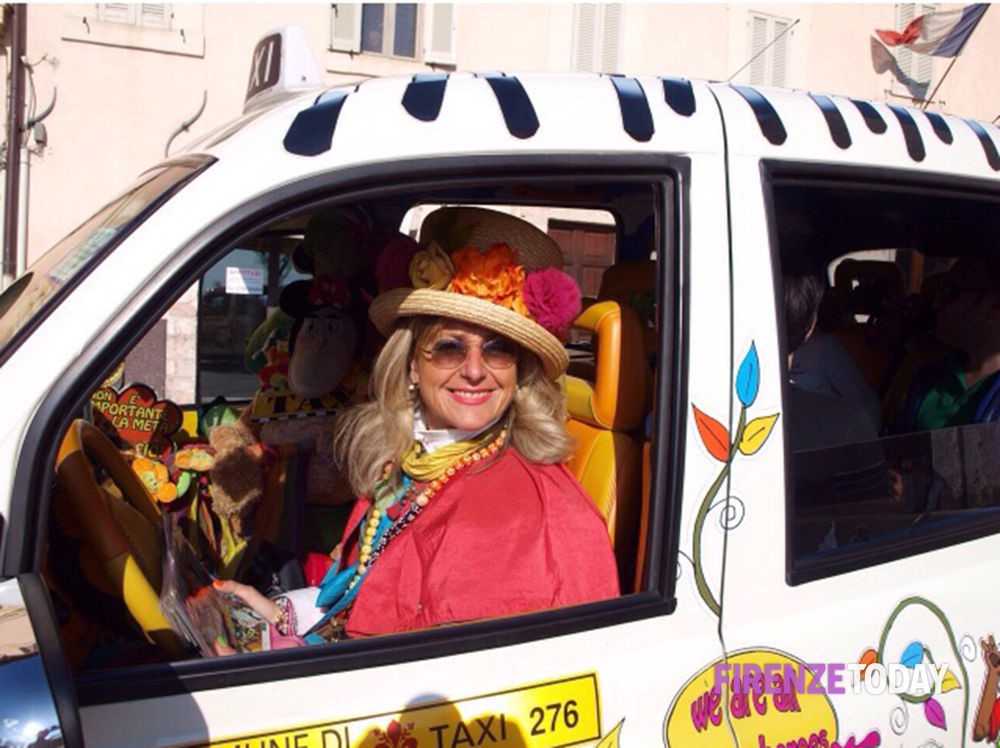 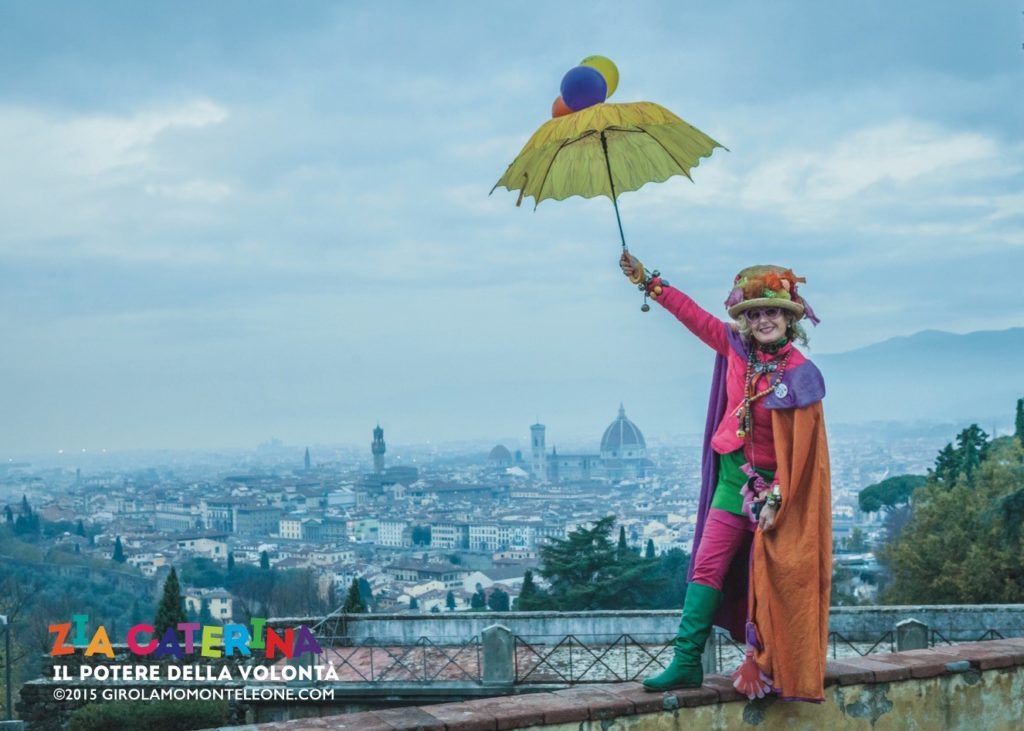 Winter in Florence: the best offers!

Holidays in low season? Florence awaits you for a convenient stay for every traveler! Read more!

Read more about our connection with contemporary art and Museo Novecento in Florence!

Travel in Spring: visit the blooming gardens of Florence!

The magic of the blooming gardens of Florence in Spring! Dream with all our pictures!

FLORENCE HOTEL OFFERS | CHOOSE THE TAILOR MADE OFFER FOR YOU

Check all the hottest offers of our hotel in the center of Florence: a wide range of promotions to satisfy all tastes!

An art weekend in Florence between Verrocchio and Leonardo

Until July 14th you will be enjoy the artworks of master Andrea del Verrocchio at Palazzo Strozzi! Read more and book!

Between Verrocchio & Leonardo, an art weekend in Florence!

Until July 14th the artworks of master Andrea del Verrocchio at Palazzo Strozzi! Read more about it!

In a busy hit and run world, the ultimate luxury that can be granted is to enjoy a slow travel experience in Florence with us!

OUR WELCOME DRINK: FARM TO TABLE APERITIF IN FLORENCE!

Be ready to enjoy a farm to table aperitif in Florence, at our Hotel Il Guelfo Bianco. A wide selection of wines, beers and soft drinks, accompanied by organic fresh products.

Enjoy our Special hotel treat near Piazza Duomo in occasion of the Florence Marathon 2018, November 25th 2018.

Stay at our hotel for a weekend of art and culture: Leonardo da Vinci in Florence!

Hotel Il Guelfo Bianco welcomes you for a very special weekend of art and culture in Florence. Discover why!

A perfect combination of artistic beauty and good food that make it one of the most fascinating cities in the world.

A visit to Florence:Art, good food and hospitality in Florence. Discover the advantages of a gourmet holiday in Florence.

A perfect holiday in Florence: give yourself a much well deserved break to body and soul and book our Wellness package.

If you love fashion and style, you can't miss the Pitti event. Here is all you need to know about it!

Special rate: Easter holidays in Florence near the Duomo

The heart of the Florentine life in the Easter period is the Duomo di Santa Maria del Fiore, a few steps away from our hotel.

Visit one of the most important museums in Florence! The Museo dell'Opera del Duomo awaits you near our hotel in the historic center!

Your stay at Hotel Il Guelfo Bianco is made also of a tasty journey to discover the dishes of our gluten free restaurant in the heart of Florence.

The Ospedale degli Innocenti was cutting-edge for Florence! Discover why reading our article!

Hotel Il Guelfo Bianco: your hotel for the exhibition of Marina Abramović in Florence!

Visit the exhibition of Marina Abramović at Palazzo Strozzi and stay at the Art Hotel Il Guelfo Bianco! Read all about it in our article!

Stay in our hotel in Florence historic centre and enjoy the funny story of the Loggia del Porcellino!

Weekend in Florence with the family: the Museum of Palazzo Vecchio!

The summer offers some good reasons to visit Florence! For example the Museum of Palazzo Vecchio!

Where to stay in Florence for the Dragon Boat Festival 2018!

Learn more about the exhibition and its artists!

Dedicated to all the travellers looking for romantic hotels in Florence

Romantic hotels such as Il Guelfo Bianco are the perfect choice for those wanting to celebrate the important moments of their love story.

Read our article and discover how to celebrate New Year 2019: We are waiting for you to welcome the new year in Florence!

Read the winner finale of our web serie finale award! Have fun enjoying this alternative ending of the story!

Florence is a magic place, the ideal destination for couples in love who wish to join their hearts as one. Discover how!

Gerardo Rueda in Florence. Discover its paintings at Il Guelfo Bianco: Pintura Verde & Pintura Roja, right there while you have breakfast!

Typical cocktails of Florence: the Negroni

Negroni: the most famous cocktail in Florence. Here are some tips on how to make one and where to drink it.

The most interesting Museums of Florence: Opificio delle Pietre Dure

A rare pearl in the heart of Florence: museum of the Opificio Delle Pietre Dure! A stone made masterpiece museum.

Learn more about the Uffizi Gallery in Florence, the most visited museum in Italy. Facts & curiosities of Vasari’s masterpiece.

Where you should taste an authentic artisanal ice cream in Florence: Gelateria Carabè is not just a foodies’ experience!

EVENTS IN FLORENCE FOR SUMMER 2017

Discover all about the events in Florence for Summer 2017: things to do and experience.

Learn more about the almost unknown Florentine traditional handcraft: buy an handmade straw hat while you are in Florence!

Events and Exhibitions in Florence: late Spring and early Summer 2017

Save the Date for the most popular events and exhibits in Florence during springtime and early summer 2017.

In Florence there is a special taxi that rocks the streets of the city: discover the story of Aunt Caterina and her taxi cab Milano 25.

Florence made the history of the street food. Here we tell you how to feel as a local by stopping at the “vinaini” for a snack.

The relationship between Tuscany and wine is integrated with the whole culture and history of the region: a perfect love story.

Sporting events in Florence for those who want to keep in shape even during their holidays. Follow some advices by our hotel manager Antonella, a runner for passion and a runner at work!

Every story has its own origin, often unknown, intriguing and surprising. Florence is no exception.

THE HORTICULTURE GARDEN IN FLORENCE

Visit the Horticulture Garden in Florence: a green pearl in the cradle of Renaissance. An itinerary not to be missed during your stay.

Discover more about the Duomo of Florence and its magical way of signing the time passing by.

Are you ready to speak like a real Florentine while in vacation? Here are some lessons you can take before going.

THE BREAKFAST TEAM AND A FOOD MILES BUFFET!

Learn more about our typical genuine Italian breakfast: a food miles buffet that offers all the taste and flavours of our country.

‘IL CONTENZIOSO’ BY RANALDI IN OUR ART HOTEL IN FLORENCE CENTER!

Another amazing contemporary art masterpiece that every one can admire at our hotel: “Il Contenzioso”’ by the valuable artist Ranaldi.

TUSCAN DIALECT FOR DUMMIES IN FLORENCE

Learn how to speak as a real Tuscan! Idioms and cultural facts about the most loved dialect in Italy!

Meet the team of the Hotel Il Guelfo Bianco and learn more about past, present and future of our hotel and team.

Discover the extraordinary chinese artist Ai Weiwei and its artworks in Florence. What will your reaction be like?

A story that every art lover will enjoy: Silvio Loffredo, a post-expressionist artist, part of Il Guelfo Bianco art collection.

Five minutes on foot from our hotel, The San Lorenzo Market represents one of the social and economical cores of Florence.

A REAL ART HOTEL IN THE CENTRE OF FLORENCE

Hotel Il Guelfo Bianco, when art meets your vacation spot. An art hotel in the center of Florence.

THE FRONT DESK OF THE HOTEL IL GUELFO BIANCO

The front desk of our hotel is the frontline, the place where we meet you. Discover who we are and what we can do for you!

THE BISTRO TEAM AT THE HOTEL IL GUELFO BIANCO IN FLORENCE

An open door philosophy into an exclusive yet absolutely informal environment offering a real farm-to-table experience in Florence.

ALDO MONDINO. AN ARTIST IN HIS PYJAMAS

As soon as you walk inside the hotel you will notice a very peculiar painting on canvas: the man in his pyjamas by Aldo Mondino.

AUTUMN IN FLORENCE: 5 GOOD REASONS FOR A FLORENCE CITY BREAK

Fancy a trip to Florence this Autumn? Here is why you should definitely do it! Come and admire Florence's beauty in this period!

THE SCUOLA DEL CUOIO OF FLORENCE

Learn more about the scuola del cuoio of Florence, a hidden treasure that must be visited during your stay in the city.

Ever tried the real soup in Florence? Here is the recipe if you fancy preparing it yourself in Winter time!

The famous florentine Pappa al pomodoro. Do you know what it is? Learn more about one of Florence's most traditional dishes.